QLI on Film | The Rider

Rider—have the stage before the attendees at Omaha’s Film Streams Ruth Sokolof Theater, it feels like a homecoming. A path made full-circle. Flanked by QLI President and CEO, Patricia Kearns, they introduce The Rider and its uniquely Omahan roots to a uniquely Omahan audience.

Through Jandreau, the film’s subject, production of The Rider made its way to Omaha, and to QLI, in September 2016. Jandreau himself had suffered a career-ending head injury after being bucked off and trampled by a horse during competition just months earlier, but his connection to QLI ran much deeper by way of lifelong friend Lane Scott.

Scott, a fellow rodeo rider, survived a near-fatal car accident in 2013, an accident in which he sustained a traumatic, life-changing brain injury. At QLI, Scott worked with a team of clinical experts to rebuild critical parts of his physical and cognitive abilities

A documentary/drama hybrid, The Rider weaves its narrative fabric with the threads of Jandreau’s real experience as an injured rodeo competitor who must face the consequences of his injury in South Dakota’s austere and uncompromising Pine Ridge reservation. To articulate this vision, the team behind The Rider used Jandreau’s family and friends—including Scott—to represent critical roles within the film. When production came to Omaha, it came with the intent to capture Jandreau and Scott’s friendship with unflinching authenticity.

Scenes in the film capture Jandreau and Scott working with QLI clinicians in the Daniel and Lynda Dietrich Center for Physical Rehabilitation and inside Scott’s private room in one of QLI’s residential facilities. In one sequence, Jandreau guides Scott as he mounts and balances on an adaptive saddle mount–a true-to-life representation of Scott’s actual physical therapy regimen, which used a familiar activity to strengthen his core muscles.

In early 2018, as The Rider began seeing national release, critics began describing the film with widespread recommendations—some even referring to The Rider as one the best films of the year. Reviews lauded the film for its stark atmosphere, the credibility of its depiction of brain injury, Jandreau’s forlorn stoicism, and the “fierce resolve” of Scott.

By May, The Rider had come to Omaha, where QLI and nonprofit arts organization Film Streams partnered to host a special introduction to the film. Jandreau, taking time away from countless promotional appearances across the country, joined Scott, a group of their closest friends and family members, and a battalion of Scott’s QLI therapists, to speak about the experience of filming in Omaha and the powerful themes woven through The Rider itself.

The Rider is a film about letting go, about the struggle of moving forward, about finding a place and a sense of purpose in a suddenly unfamiliar world.

But for one night, its stars and real-life subjects celebrated their incredible friendship, and they did so embraced by the community touched by their cinematic achievement. 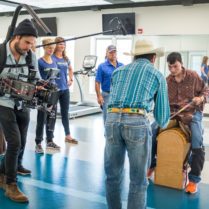 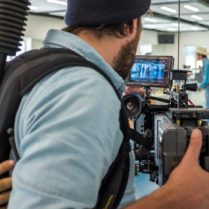 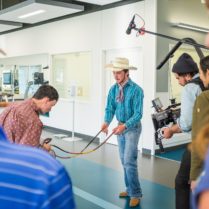 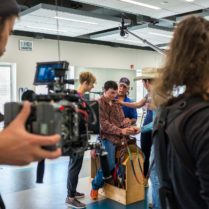 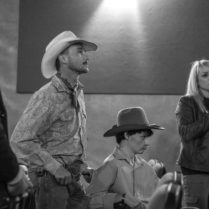 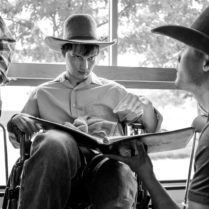 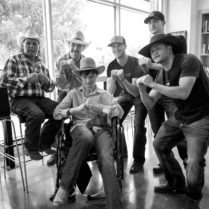 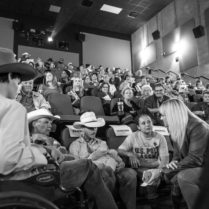 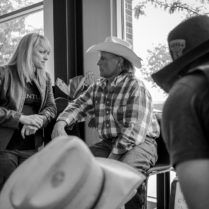 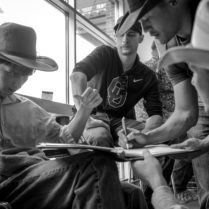 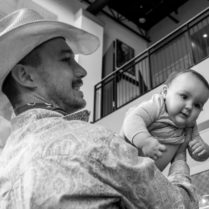 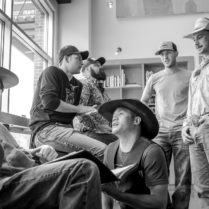 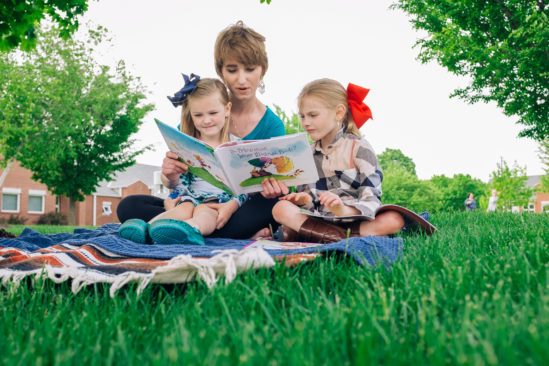 Spend enough time around QLI and you’re bound to hear someone use the descriptor “life-changing.” The turn of phrase receives a lot of play in our halls. It describes our […] 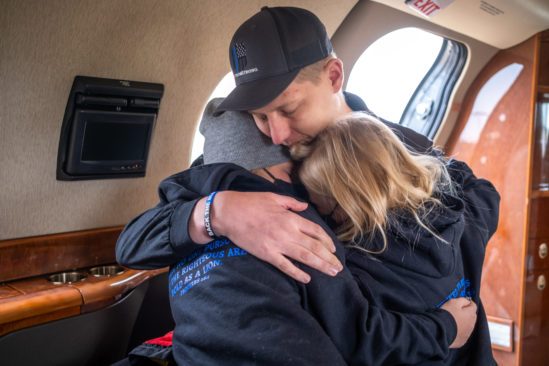 Even the steady walk up the pilot-side airstairs is a testament to Arik’s progress. In January, this was a man on the brink of survival, someone for whom things like […] 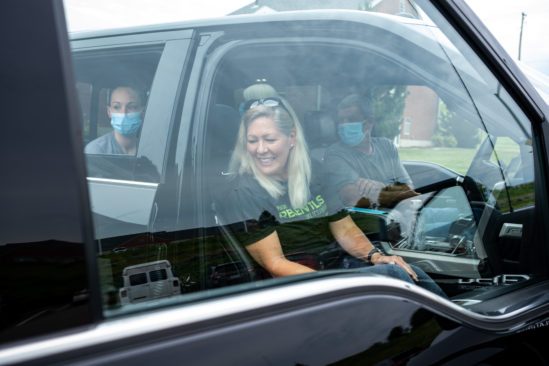 In a year defined by change and uncertainty, Debbie Wahlert has faced more than most. When an unexpected complication during surgery damaged Debbie’s spinal cord, she was forced to confront […] 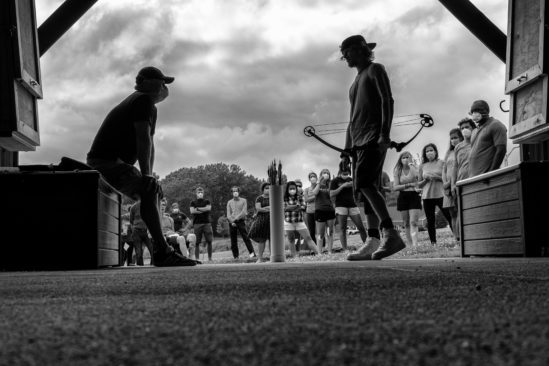 It isn’t ten minutes before a small crowd starts to mass around Cole Davenport, here in the high-ceilinged atrium of QLI’s Colladay Center, where he’s laid an off-white posterboard and […] 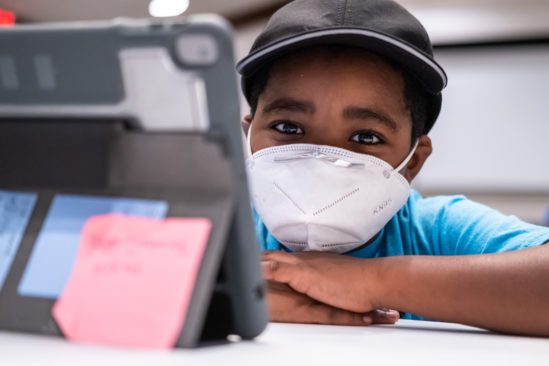 At some point it’s impossible to chart the ways COVID-19 affects the community. For Omaha-area school districts, the pandemic presented only difficulty. District administrators were pinned into walking the delicate […] 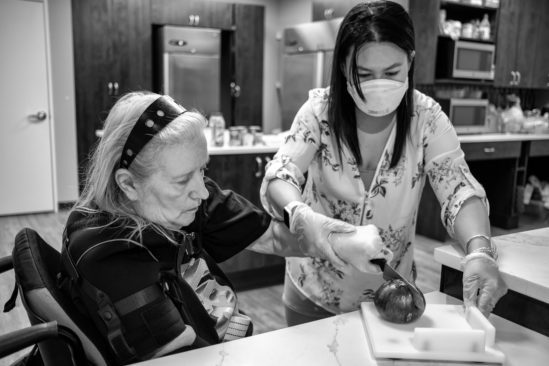 Terri Camara has an affectionate name for the recipe she’s making. She calls it “Hobo Stew,” the same thing her grandmother and grandfather called it when they cooked for traveling […] 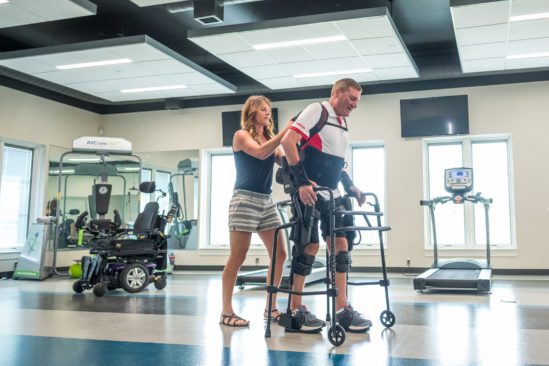 Tragedy Can Strike Anyone

Everything can change in an instant. Brain and spinal cord injuries interrupt lives and defer dreams. Team QLI is here to pick up the pieces and help injured individuals and their families get back on a meaningful path in life. 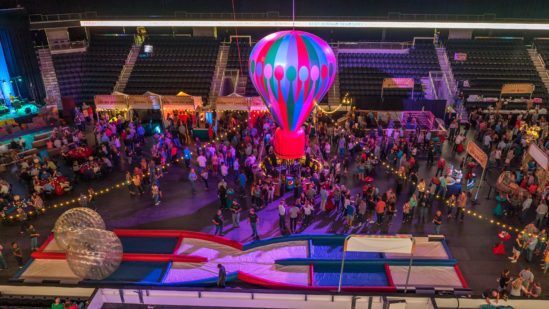 YOUR HEALTH AND SAFETY IS EXTREMELY IMPORTANT TO US. It is with great disappointment that we have to announce the cancellation of QLI’s 2020 An Evening at the Fair. After careful […]